Home > Sports > A Tour to Savour

India’s performance in South Africa, though patchy at times, was a display of the depth of its talent, says Abhishek Sarkar

Team India had huge expectations riding on its shoulders even before the players boarded the flight to South Africa. It was the first real test for Virat Kohli’s young team, which hadn’t lost a test series under him. This was the time to show what they were really made of. After all, they were chasing the dream of winning a series in South Africa for the first time in 25 years.

They started brightly too. In the first test, Team India was in a dominating mood as Virat Kohli marshalled his troops brilliantly. Till the third innings, India looked the favourites to win the match. Then came the amazing display of fast bowling by South Africa’s Vernon Philander, who first broke the back of India’s top and middle order and then quickly bundled out the tail to win the first test by 72 runs and take a 1-0 lead in the 3- match series. India was left reeling in shock and awe.

Then came the second test match where India was eyeing revenge to put their campaign back on track. Unfortunately for them, it was déjà vu all over again. But the difference was that South Africa was even more clinical than in the first test, beating India by 135 runs to not only win the match but also seal the series 2-0. India’s hopes of winning a test series in South Africa was then over and the third test just seemed to be a formality.

India’s batsmen seemed to have accepted their fate and were bowled out for a mere 187 runs. But the Indian bowlers had other plans. They quickly bowled out the Proteas for just 194 runs and the game suddenly came alive. India’s batsmen failed again and could muster just another 258 runs. But their bowlers truly came into their own and skittled South Africa for 177! That got them a much-needed win on South African soil.

Despite the dismal series performance, the third test win also ensured that India continued to hold on to the No. 1 spot in ICC’s test rankings. It was the one-day (ODI) 6-match series where India really turned things around.

They proved that in style, with clinical performances in the first, second and third ODI games to ensure that they’d at least even the series. But then in the 4th ODI, they were blown away by the heroics of Klassen. But by now, India had set out to avenge the test defeat and they absolutely blew South Africa away again in the 5th and 6th ODIs, marking India’s first ever full-fledged series win in South Africa in 25 years.

While some argued that South Africa was a depleted team without the services of their key players, including FaF du Plessis and AB de Villiers, few could deny that it was the total dominance by India that swept the series with a 5-1 victory. The 3-match T20 series which followed was really the icing on the cake as far as India was concerned. The decider T20 game was a nail biter..India won the 1st and the 3rd T20 games to win the series 2-1 and take home not one but 2 trophies.

The fans took to social media to express happiness over their country’s victory. Said Abhradeep Saha, a fan and blogger, “It’s a rare occasion where Team India has won overseas, so extremely happy.” Another fan, Chirag, added, “It was a wonderful performance by the men in blue and full credits to them for that. But AB de Villiers’ absence was felt in the shorter format games.”

“There were a lot of expectations going into this tour for India, and I think it can be rightly said that hissab pacchis salka (a 25-year account) has been settled. Virat and his boys showed consistency with the bat and the ball in all formats of the game and as a fan I couldn’t be more proud of our team’s current position heading into the 2019 World Cup,” commented Pariket, another ardent cricket fan.

South Africa’s coach Otis Gibson showered praise on Indian pace bowlers Bhuvneshwar Kumar and Jasprit Bumrah and said that their experience was instrumental in helping Team India win the match. Indian batsman Rohit Sharma complimented the bowlers for their performance in the third T20 match for their win. It was revealing to see how Team India found their feet not just to recover but claim the next two series and in great style. It was clearly an all-round show which turned things for the Men in Blue.

With tours in England and Australia coming up, it will be not only a challenge but also an opportunity for the Virat Kohli-led team to create history. Rohit Sharma may still have to prove a point in test matches but in the ODIs he did prove that he is world class. So can India win in both Australia and England?

England will be an important venue as the ICC cricket world cup 2019 will also be held. India has had mixed fortunes in both counties but there’s a crucial difference this time. Even seasoned India pessimists admit there’s a level of confidence in this team they’ve never seen before, an aggression and a determination to win that mark champion teams. 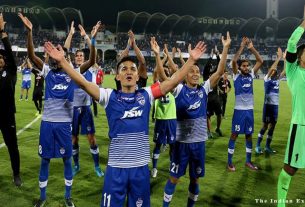 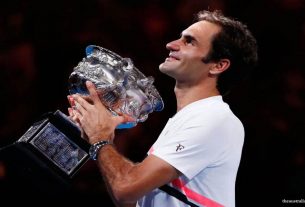