Bangalore’s garbage crisis isn’t going away anytime soon. Everysolution proposed by citizen groups to tackle the biggest problem confrontingthe Garden City seems to fall on deaf ears. The city generates 4,000 tons ofgarbage every day and residents find themselves reeling from the stench of rubbish, which the municipality simply cannot manage.

Environmentalist Kshitij Urs says that there seems to be total disconnect between the Bengaluru Bruhat MahanagaraPalike(BBMP) and the scientific community.“But it’s essential to have an open disc ussion between municipal authorities and people who are technically competent if we are to deal with the problem.”

The irony is that there is no dearth of scientific solutions for the mounting pile of garbage. The most straightforward are the ‘waste to energy’technologies that use bio-methanisation, gasification/pyrolysis or incineration to treat the waste and generate electricity from it. Many industrialized countries including France, Sweden, USA, Norway, Japan and Germany have incorporated such plants within their city waste-management system. Sweden has built so much garbage-incineration capacity that the country now imports garbage to keep itspower plants running!

When China proposed to build one of the world’s biggest waste-to-energy plant in 2016 to deal with its cities’ rapidly growing garbage piles, it metcriticism from environmentalists. For good reason. Incinerating municipal waste requires proper proceduresat two stages. One, when the waste is collected it must be segregated into wet and dry streams and, before being fed into the incinerator, into combustible and non-combustible streams. Second, the effluentsand gases liberated when waste is burnt must be treated before being released into the environment.

Sysav’s waste to energy plant in Malmo, Sweden is one of the most efficient plant in the world. The flue gases released go through an advanced, six-stage cleaning system. In first,suspended particles are trapped by electrostatic precipitation. In the next three steps, the flue gases are washed in scrubbers to remove heavy metals, acidic substances and sulphur dioxide. The fifth step involves passing flue gases through an electroventuri filter to remove leftover particles and the last filter, a catalyst, transforms nitrogen dioxide into pure nitrogen. Without using these sophisticated filters, harmful pollutants will be emitted that impact human health and the environment. These filters, in turn, need special landfills for disposal.

Such an incineration plant would cost around $110 million (Rs. 715 crore) to build and require ample space for receiving segregated waste. India will also have to spend ontechnology transfer. The Jindal Group operated a waste-to-energy plant in the Okhla belt of Delhi but it was stalled after local residents litigated against the use of an improper incineration technology and the resulting emissions.

In 2009, BBMPproposed to install the city’s first waste-to-energy plant but,even a decade later, has been unable to settle on one of the six proposals have been made to it. Recently, during French president Emmanuel Macron’s visit to India, it was reported that BBMP would partner with a French company to set up a similar plant in the city. The plant, to be located on the city’s outskirts at Chikkanagamangala, would have the capacity to incinerate 500 tonnes of waste per day and generate 10 MW of power.

BBMP’s budget for solid-waste management for 2018-2019 is Rs. 1,000 crore and this includes transportation of waste, dumping etc. If Bangalore were to incinerate the 4,000tonnes of solid waste it currently produces, it would need seven such plants and cost aroundRs. 5,000 crore. This would be in addition to the cost of land to set up the plants, garbage segregation and transportation.

Thecentral government’s municipal Solid Waste Management (SWM) Rules 2016 mandate that the waste generator must segregate waste at source before handing it over to the collector. But, since the policy does not penalize non-segregation at source, this basic rule is hardly followed. So, the onus will fall on the BBMP to ensure segregation before carbonizingthe waste, compliance with which is crucial if we do not want to add to the city’s air-pollution load.

The seven units would generate 70 MW of power a day which, if sold at power- distributorBescom’s current rate of Rs. 6 per kwh (orunit), would translate into a substantial saving on the BBMP’s electricity bill. Add to this the saving in land needed for landfills and the cost of their long-term ‘remediation’ to prevent the release of toxic methane and the leaching of other toxic waste into groundwater sources. Even if it doesn’t pay for itself, the waste-to-energy option is a better one than simply storing up problems in landfills. 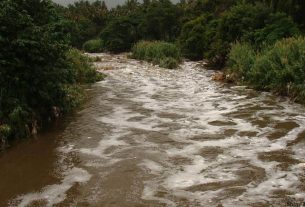 Death of a River