Cyber violence against women is a crime against society and must be punished, says Arlene Mathew

Social media has become the preferred tool for misogynists, hiding behind fake identities, to vent. At least one in five women has experienced online harassment or abuse, according to research by Amnesty International. A survey of over 4,000 women last year showed that almost 60% of the harassment was racist, sexist, homophobic or transphobic in nature.

Combing through the never-ending barrage of comments on Facebook and tweets on Twitter, one can easily form a general idea about the mentality of these Twitter warriors. Many of them seem to be unable to disagree without becoming abusive or disrespectful. They do not seem to realise how their words reduce them and all those who respond to a state of infantilism.

When the protagonist is an outspoken woman, the online trolling seems to become markedly more abusive. Recently, Parvathy Thiruvoth Kottuvata, a Malayalam actress was at the receiving end of a barrage of abusive comments and threats on Facebook. The reason was that she commented on the role of a veteran Malayalam actor, Mammootty, in the movie Kasaba.

“Kasaba is a movie that I watched. I was disappointed to watch an actor par excellence mouth dialogues to a woman that were not just derogatory but saddening. Cinema reflects society, many say. But the line to draw is whether to glorify a hero like this or not,” she had said in her post. The comment was neither abusive nor insulting in any way, it simply objected to the glorification of a nasty fictitious character.

The comment drew much flak from the ‘Mammootty fan club’ and also from many other popular actors, who believed that she had spoken out of turn. Despite her considerable achievements in cinema and all the strong characters she had played on screen, critics chose to highlight her “inexperience” which apparently rendered her unfit to comment on a legend of Malayalam cinema. Many of the responses bordered on the voyeuristic.
“She is just trying to grab attention. Mammootty is a legend. She has not reached a position where she could comment on someone like him. While I do not support the trolling she has been subjected to, I think she brought this all on herself,” said a fan of Mammootty, who did not want to be named.

Another instance of online harassment was the case in which the editor-in-chief of the online news portal, The News Minute, was trolled for stating her opinion on a movie starring Tamil actor Vijay. Journalist Dhanya Rajendran had tweeted, “I watched Vijay’s Sura till interval and walked out. #WhenHarryMetSejal has made me break that record. Could not sit till interval.”

The tweet was met with a huge backlash, and she had to pull it down after she started receiving messages from people threatening to rape and kill her. The trolls even went as far to say that it is a miracle that her husband has not walked out on her yet.

Powerful women not only experience high-decibel online harassment but also a wide range of abuse such as gender-specific slurs, attacks on their intellect, body objectification, sexual harassment and threats of sexual violence.

In October 2017, women around the world had boycotted Twitter for a day, using the hashtag #WomenBoycottTwitter. They were protesting Twitter’s inadequate response to abuse on the platform, where tweets routinely violate Twitter’s community standards but are never removed. While most people would agree that women have every right to speak out, there are plenty of those who feel deeply troubled by it. Many use the word feminism in a derogatory manner and variants to underline the distaste they have for women who express their feelings, including ‘Feminazi’, ‘Psuedo feminist’, ‘Feminichi’, etc.

Following the #MeToo campaign, many women had gone public about the sexual abuse they have faced. They were lauded for their courage but sure enough, there were several who seemed more interested in knowing why the women came out about abuse “so late”. Why now? they asked. If you didn’t talk about it then, why say anything now? Inevitably the questions soon degenerated into a series of abuse against these women, calling them attention seekers and gold diggers.

“The danger of online abuse is how fast it can proliferate,” says Azmina Dhrodia, researcher on technology and human rights at Amnesty International. “One abusive tweet or post can become a barrage of targeted hate in a matter of minutes. As offline discrimination and violence against women have migrated into the digital world, many women are stepping back from public conversations, or self-censoring out of fear for their privacy or safety”
Online violence against women is a symptom of deep-seated gender inequality. Some men seem to believe that it is not enough to criticize women or trash their views. Outspoken women are an abomination that must be crushed. It is high time that online violence is treated as real violence, with serious repercussions. 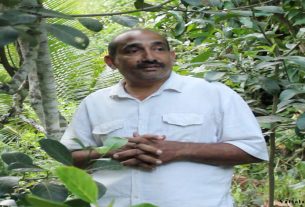 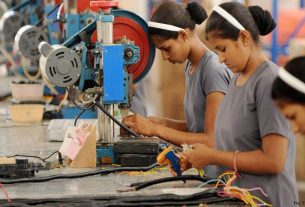 What A Colossal Waste!