Almost a month taken out from what has been a high-decibel, aggressive and communally-charged election season, several post-poll studies have made their way decoding and discussing every single aspect of the campaigns and most importantly, the results threadbare. Elections – the one (and maybe only?) place where we are never short of multi-layered and significant data points helping us, ‘political nerds’, to understand how the dance of democracy unfolded statistically.

For the unaware, the five results of this ‘semi-final’, as many pundits touted it with 2024 General Elections in sight, were a set of firsts – a Chief Minister winning a second term in Uttar Pradesh since Govind Ballabh Pant, Samajwadi Party attaining its highest vote share ever, yet not even within touching distance of coming to power, AAP’s ‘sweep’ outside Delhi which saw almost all heavyweights of Punjab politics losing, two CMs losing the polls but still retaining their chair (they still have to get elected within six months to continue being the Chief Minister)

But one striking feature in the course of the campaign was the focus on women, both as voters and just in terms of political leaders for a variety of reasons. Let’s try to simplify both the aspects, with data and facts helping us get through.

Voters
Historically, there has been a glaring gap in between male and female voters in the country. Alas, this isn’t the only sphere where this disparity exists. The factor of these ‘missing and silent voters’ was captured by some astounding data points. As per The Verdict by Dr. Prannoy Roy and Dorab Sopariwala, as of 2019, there were 21 million missing women voters in India. This rough and perhaps ‘conservative’ estimate as Dr. Roy says, was arrived after subtracting the number of women above the age of 18 (451 million), extrapolated from the last Census and number of women on the electoral rolls (430 million). Out of this, nearly 7 million are in Uttar Pradesh itself. Further breaking it down, there are around 85000 missing women voters in each constituency of the state.

Conservative social attitudes, lack of awareness and independence to exercise their right to vote have been cited as some of the prima-facie reasons

In the recently-concluded Assembly elections, the trend solidified further as women outnumbered men, thereby having a direct bearing on the result. Even the Election Commission acknowledged this after undertaking several initiatives like women-only voting booths, in a bid to make the voting process more inclusive. The detailed voter turnout in the five states is summed up in the table below.

In UP in fact, the number of men voting decreased steeply as the state polled phase-wise from western UP to eastern UP. Although the reason was pertaining to migrants in the state who were working in other cities, hence unable to vote here, there was a notable 12 percent difference between male and female turnout as of phase 6.

Needless to say, so much data will lead to so many questions – who really benefited from a rise in women voter turnout? How does it matter?

Not known to be popular among women voters earlier, it was the Bhartiya Janata Party (BJP) that broke the convention and benefitted from these silent voters in the four states they won. As per data from Axis My India, 48 percent women and 44 percent men backed the BJP in UP, 46 percent and 42 percent in Uttarakhand, 42 percent and 40 percent in Manipur and 34 percent and 32 percent in Goa.

For UP specifically, it has been widely written that the Union government’s scheme implemented by Yogi Adityanath did the job. Ujjwala scheme, houses under the PM-Awas Yojana, and free ration under the PDS system seem to be the three key pillars which led to a significant chunk of women voting for the BJP. Having said that, data journalists like Rukmini S caution us by saying, “On the whole, however, there isn’t yet direct evidence that women voters had any of these schemes in mind while voting for the BJP; after all, voters typically tend to give state governments more credit for flagship Union government welfare schemes. In West Bengal, for instance, welfare schemes might have worked in the eyes of female voters, but these were schemes run by and credited to the state government rather than the Central government,”

Politicians
The problem of under-representation of women accentuates as you enter mainstream politics. In our 75-year history, India has had only one woman Prime Minister, one woman President and a total of 16 Chief Ministers, who have had their fair share of political troubles. Here’s another interesting data point – out of 16 women CMs in India since independence, only 8 have completed their full tenure in office. And out of those 8, only 1 still remains in power – Mamata Banerjee in West Bengal.

Forget the top post, the numbers are even grimmer for elected MLAs. Out of nearly 7000 candidates that contested the elections in five states, only 760 were women out of which just 76 were victorious.

The men-dominated political space naturally meant that there was no inclination of political parties to even think of having a strong set of women leaders, outside the ‘women-wings’ of their party. It’s important to make this distinction as Lowy Institute makes – there is no shortage of women in the major political parties. It’s just that parties are tight-lipped when it comes to giving them the ticket to fight elections. Surely, you have strong exceptions like the Trinamool Congress that has made a conscious decision to give more tickets to women who not only contest for them but also win seats.

Add to it the patriarchal mindset and the way women are looked at, especially in the age of social media, it has made it immensely difficult for a) a strong women leader to rise through the ranks, b) even if they do make it, they have to be at the receiving end of merciless trolling on the internet.

Amidst all this, there are two key women when it comes to UP politics – Priyanka Gandhi Vadra, general secretary of the Congress state unit and four-time CM Mayawati of the BSP who, along with her now stares at an existential crisis, as experts have pointed out.

In the recent polls, it was the former that grabbed the limelight when it came to women issues. The ‘ladki hu ladh sakti hu’ campaign and the big announcement of giving 40 percent tickets to women, the Congress, I feel, made a prudent move – purely because you needed something get the workers’ morale going on ground given the abysmal condition and lack of narrative of the grand old party in not only UP but pan-India.

Mayawati, a self-made leader who rose through the rank and file of the party under the aegis of Kanshi Ram remained one of the key players in UP politics until recently. A four-term Chief Minister, the BSP supremo was the first Dalit woman CM in India and exercised substantial control over the Dalit vote bank. However, as the caste arithmetic changed drastically post 2017 with BJP have a broader social coalition, ‘Madam’ Chief Minister as she was known stands on the brink of extinction in state politics.

Back to freebies. Of course, Congress wasn’t the only one. Every party did it with a tinge, if not more of tokenism attached to it. AAP promised Rs 1,000 to all women above the age of 18 in Punjab, Goa and Uttarakhand. The BJP harped on a supposedly ‘crime-free’ Uttar Pradesh which made it very space for women to step-out and the like. All of this for nothing, you’d say? The silent voter indeed matters and every party wants to have a piece of it, for it makes a big difference when you add it to the caste equations

So what’s the way out? If a mindset change on a societal and political, is a reservation bill a way out? Perhaps. Even that faces a hurdle, the biggest of all – collective political will. 25 years on, the women reservation bill has seen everything – fights, heated arguments etc, except a smooth passing of the bill to have some parity when it comes gender representation.

Surely, it’d be heartening to see how a mindset change would work out in 2022 – although it’d be preferred without the tokenism of a gas cylinder or cash or discussions about this subject on the eve of women’s day. 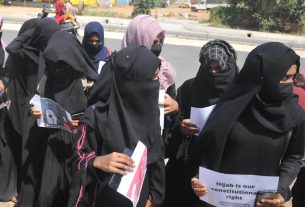 For Nausheen, the hijab is liberating

Is the newsroom gendered? 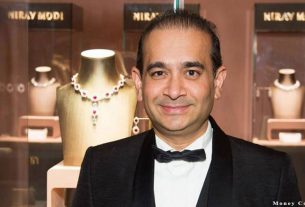