Home > Arts & Culture > Are we really rolling on the floor laughing?

With the use of internet language, the depth of human emotions have been compromised.

Sending a laughing emoticon with a straight face or writing FOMO ( fear of missing out) when one hardly wants to be part of something has become the new way of expression. From words and acronyms to GIFs, internet language provides many tools to express what one feels or thinks.

Kumar Karun, who works in a marketing firm in Bengaluru, remembers how he gives an automated reply saying ‘not much, how about you whenever somebody texts ‘what’s up?’ to him. “From my personal experience, there’s a very predetermined structure to how we converse over texts. For example, I use ‘lol’ when I don’t want to think about how to respond to something the other person said. This wouldn’t happen in real life, and I would listen to what they said and respond with what I think about what they said.”

He added that sometimes people feel too lazy to type out a proper extended response, so they go with something short, which gives the idea of what they want to say. But this leaves out a lot of valid information that had to be told to convey their actual thought or emotion properly. “Internet language replaces the profoundness of our emotional expression with conventional responses, which makes it look like we’re some kind of a chatbot,” he continued.

At present, there are about 1,697 common abbreviations and 3,633 emoticons in the internet language.

Diya Saraswat, a 12-year-old student from Sydney, said, “I think that nowadays on social media it’s kinda informal or something like ahhh how do I explain let’s say it’s just a habit and the way we communicate even if we don’t mean what we say just to make small talk or make sure the other person stays interested (we don’t wanna sound dry)” (sic)

With time the use of internet language has become so common that people have become accustomed to it. Many use it not because they like it but because they want to fit into how these social media applications work.

Vinaya K, a journalism student from Bengaluru uses social media lingo because these social media apps are designed this way. She feels that she cannot express herself in the internet slang. She told that since Instagram captions and tweets onTwitter have a word limit, internet language helps in communicate a lot with less words. “I often use this lingo like LOL or ROFL without really meaning it. It is an automated reply. When I want to tell someone something, I avoid using these lingoes in my reply or straight up call them. Even though technology has helped us communicate in faster and simpler ways, I don’t think it helped us have effective communication,” she added.

DR. Prem Lata, a linguistics professor from Dayalbagh Educational Institute in Agra, feels that language is evolving but it is also degenerating. She believes that seeing people writing RIP on the demise of people with emojis, lessens the gravity of the situation and the emotions. She told that many youngsters use internet language to save time, and some follow suit to not feel like an outcast. “There are two sides to a coin. Evolution comes with some pros and cons. Youngsters use it. Internet language blurred the lines between casual and professional use of language. In my opinion, it shows how language evolves, and we do have to cope with it, but at the same time, it takes away the gravity of our emotions,” she added. 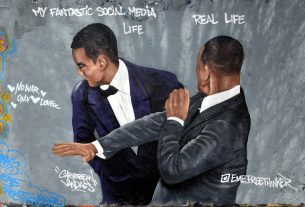 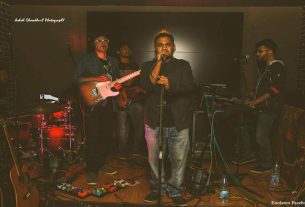