Why are Indian public-sector banks so vulnerable to fraud, asks SreejaniBhattacharrya

The Indian banking system faces an unprecedented crisis. With a record build-up of bad loans, a near paralysis of lending by public sector banks (PSBs) and a major bailout underway by the government to recapitalize the weakest PSBs, the last thing the industry needed was another blow. But it inevitably came. With the disclosure that diamond jeweler Nirav Modi had scammed Punjab National Bank (PNB) of Rs. 2,810 crore, public confidence in PSBs hit rock bottom.

A report by Institutional Investor Advisory Services says that thanks to “weak internal controls”, Indian lenders reported 12,533 cases of fraud amounting to Rs. 18,170 crore during the last financial year, with PNB at the top of this dubious list followed by Bank of India and State Bank of India (SBI). PSBs, in particular,havefaredpoorly despite spending a lot more than their private peers on audit, the report says. In effect, India saw a bank fraud every 42 minutes in 2016-17.

Clearly, the PSBs have learnt little from the scams of the past. In 1992, stockbroker Harshad Mehta, had defrauded SBI and a number of other banks using fake‘bank receipts’ (unsupported by government securities) toarrange short-term bank loansto speculate in stocks. That scam cost the banking system Rs. 4,000 crore and marked what should have been a watershed in Indian bank regulation.

So how did Nirav Modi scam Punjab National Bank of such a large amount? On January 29th, PNB filed a criminal complaint with the Central Bureau of Investigation against three companies and four people, which included billionaire jeweller Nirav Modi and his uncle Mehul Choksi, the managing director of Gitanjali Gems, saying they had defrauded the bank and caused a loss of Rs. 2,810 crore.

The bank alleged that two junior employess of the bank at its Brady House branch in Mumbai issued companies which belonged to Nirav Modi and Mehul Choksi fake letters of undertaking (LoUs) without askingfor any collateral as security. PNBalleges that these firms raised short-term credit from overseas branches of other Indian banks on the strength of these LOU’s.The question thatarises is how, despite so many checks and procedures in place, how did such a scam take place?

Says Thomas Franco,president of the All India State Bank Officers’ Federation andgeneral secretary of the All India Bank Officers’ Confederation, “There are many types of audits which goes on in a bank.There is an internal audit, external audit done by a chartered accountant and audit done by the Reserve Bank of India. All these audits failed to detect this fraud. Every year, the LoUs got renewed so they did not look at the past records. If they had properly rectified the Nostro accounts, they could have found out about this fraud a long time back.” (Nostro account refers to an account that a bank holds in a foreign currency in another bank.)

“This shows lack of proper supervision.Every transaction in a bank has to be put through a Core Banking Solution(CBS), he concludes.“These LoUs were not linked with the CBS system. If they were linked, the fraud could have been easily detected.”Two junior employees of PNB, it turned out, had issued LoUs over SWIFT, the dedicated global inter-bank financial telecommunication messaging system, without entering it into the bank’s own internal CBS system. This had gone on for many years.

The Enforcement Directorate said that it had seized diamonds and jewellery worth $875 million after raiding Nirav Modi’s home and offices.The Reserve Bank of India wrote to banks asking them to ensure their SWIFT system was integrated with their main banking software by April 30.The finance ministry has also written to banks telling them to take effective steps to avoid any similar fraud and said it would not spare wrongdoers in the PNB case.

Nirav Modi, in turn, wrote to PNB from abroad saying, “I must state my position to the extent it is relevant at this stage. The media suggests that the liability of the Nirav Modi Group is over Rs 11,000 crores. As you are aware, this is entirely incorrect and the liability of the Nirav Modi Group is substantially less. Even after your complaint was filed, in good faith I wrote to you saying please sell/allow me to sell Firestar Group, or their valuable assets, and recover the moneys that may be found due not just from Firestar Group, but also from the three firms. The valuation of the business was approximately Rs. 6,500 crores which could have helped reduce/discharge the debt to the banking system.”

After allowing alleged bank defrauders such as Vijay Mallya and Nirav Modi to flee the country before the law could catch up with them, the government decided to act. The union cabinet gave its nod to the Fugitive Economic Offenders Bill, which allows for the confiscation of all assets, including benami assets, both within and outside the country of declared economic offenders. The proposed law will apply to economic offences with a monetary value over Rs. 100 crore.

The cabinet also approved setting up of the independent regulator National Financial Reporting Authority (NFRA) that will have powers to act against erring auditors and auditing firms. As finance minister Arun Jaitley said, “The NFRA will act as an independent regulator for the auditing profession, which was one of the key changes brought in by the Companies Act, 2013.”NFRA will be a watchdog for the auditing profession and the current powers of the Institute of Cost Accountants of India (ICAI) to act against faulty chartered accountants will vest with the new regulator.
Srinivasan, a financial analyst, based in Bangalore, thinks that this move is not enough. “I agree that chartered accountants have to be disciplined, but that will not solve the problem completely,” he says. “The company secretary of a company who records all the events which take place in a meeting and puts it out to the public should be held equally responsible. The cost accountants and actuaries should also be disciplined to prevent such big scams from happening. Another important thing is that RBI officers are on the board of directors of the PSBs.Instead, experts in this field should replace them.That would lead to more transparency and better management of the banks.”

Thomas Franco says, “These scams can be prevented by strengthening the banking system. Supervision and manpower have to increase. The RBI has a shortage of staff and so its supervision has weakened. That needs to improve.” But the RBI regulates all banks, whether PSBs, private or foreign. Why are the PSBs alone so vulnerable to fraud? That’s the question the government, which owns70% of the banking system, needs to answer. 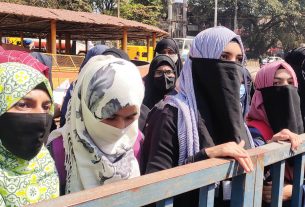 Hijab- a choice or a mandate? A brief history

Is the newsroom gendered? 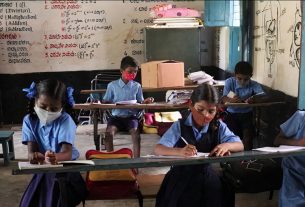 The trials and tribulations of returning to school after the pandemic