Home > Society > No Longer His Castle

With the rising incidence of domestic violence against men, there’s a strong case for gender-neutral laws, say Sreejani Bhattacharyya

Aditya,34, still shudders when he thinks about that dreadful night,when he was held at a police station in Bangalorealong with his parents after hiswife filed a dowry case against him.“The police threatened to put me behind bars,” Aditya recalls.“They were not willing to listen to me.They made me sit on a bench in front of the cell to make me realize that they have the power to put me in without even telling me on what charges they were arresting me.The police inspector asked me to write an apology letter to my wife accepting that I tortured her, took money from her, exploited her and did not care for her. Luckily,I didn’t do that because, if I had, my life would have been over.”

As Anant Kumar at the Xavier Institute of Social Service, Ranchi points out, “Although there is no systematic study or record on domestic violence against men in India, it is generally estimated that in 100 cases of domestic violence, approximately 40 cases involve violence against men. When men try to narrate their problems of torture, struggle, and harassment within marriage and family, no one listens to them; instead, people laugh at them. Many men are ashamed of talking about and sharing that they are beaten by their wives.”

The Indian Penal Code (IPC) was amended in 1983 and section 498A was introduced to deal with matrimonial cruelty.It states, “Whoever, being the husband or the relative of the husband of a woman, subjects such woman to cruelty shall be punished with imprisonment for a term which may extend to three years and shall also be liable to fine. The offence is cognizable, non-compoundable and non-bailable.”

Says Deepika Bharadwaj, a men’s rights activist and documentary filmmaker, “I started as a documentary filmmaker making a film on misuse of dowry laws and498A and started understanding men’s issues. I felt the was a need to tell the stories of men who are suffering because of biased laws and their misuse, and because we don’t get to hear about man’s side of the story. Hence, there’s a belief that men are always wrong. Many people call me men’s rights activist, some call me feminist, some equalist. I believe I am just a very ordinary storyteller who’s raising my voice for the rights and dignity of men who are wronged.”

A study done by Save The Family Foundation (SIFF), an organization working exclusively on men’s rights,which interviewed 1,650 husbands between the ages

of 15 and 49 years, reports thateconomicviolence (32.8%) is common, followed by emotional violence (22.2%),physical violence (25.2%), and sexual violence (17.7%).The study showsthat the probability of violence increased significantly with the duration ofmarriage, particularly if it was more than 7 years old.It also shows thathusbands who experienced some form of violence during their first year ofmarriage continued to experience the same for the rest of their lives.The study argues that domestic violence isa public-health issue with far-reaching health consequences, such as mental illness and stress disorders.

“The problem is not with 498A per se,” Aditya says. “The problem is that these laws are not gender neutral.Once you are booked on these charges,it becomes very difficult to prove that you are not in the wrong. Women are assumed to be victims and men are declared culprits. I know that there are a lot of women who need this law badly, but not all men are guilty.Laws should be made to protect them as well.Finally, the truth prevailed, and I got justice. On 9th June last year,my family including my parents,my elder brother and his family were discharged from the dowry case.”

Anil Kumar , founder , SIFF thinks men need to be more proactive. “Men are brought up with the mindset that they can handle everything.They need to stop being overconfident about themselves and acknowledge the problem when it arises. Government should make sure that the laws are gender neutral and not exploited by anyone for selfish ends.”

Deepika agrees saying, “The need of the hour in India is for a platform where men can also complain, laws that address crimes against men too, deterrents that save them from false accusations.” 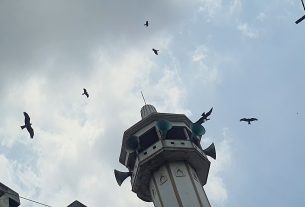 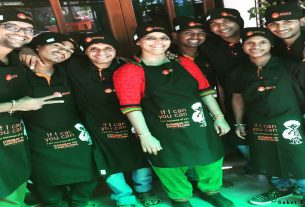 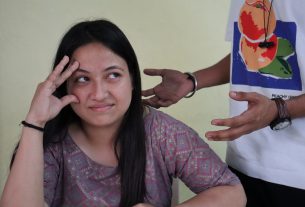