On an ordinary Thursday morning, Atheequr Rahman, a 47-year old man sits in his meat shop. The meat shop is right across the busy Russell Market of Shivajinagar in Bengaluru. As one enters the busy lane, lined with meat shops on the right, one can catch sight of Rahman’s cubicle. A U-shaped shop with a desk and chair at the entrance finds Rahman negotiating with a poultry trader and in between greeting his old customers.

More than an average height, dressed in an orange shirt and brown pants, Rahman is seen wearing a white skullcap, commonly called Taqiyah among the Muslim community. His house is a few minutes ride from the shop. He usually starts his work around 9 am. He is a butcher by profession, a tradition that is more than 50 years old in his family. It was in 1995 when Rahman decided to take over the shop following the demise of his father and his two brothers moving to different places.

Rahman is a father to three daughters. His eldest daughter is appearing for board exams this year. Caught in between the Hijab controversy, he says with a smile, “My daughters will appear for the exam. They wear the Hijab till they reach school and then remove it on entering classes. If the school intends to bring down any differences among children, then it’s fine.”

Rahman has a pre-university degree and shared his old dream of doing higher studies. “I wanted to study further but since all my brothers moved out, I was the only son left to look after the shop. My father’s demise changed things for me and my family,” he said.

On entering the shop, on the right, is an array of cages. All the healthy birds and chickens have been kept separately from the weaker, constitutionally inferior birds. A young man in his twenties and an old man assist Rahman in his work. The old man has been serving the shop for a long time. Towards the outside of the shop are some cages that house birds whose fur has not been removed.

‘It needs more than skill to slaughter an animal’

As Rahman talks to the traders, he keeps an eye on the cages. Without even looking in the direction of the poultry shack, he guesses that a bird inside is suffocating to death. His intuition is on point as the bird comes out half-dead out of the cage. He then picks up a big steel blade and walks toward the struggling bird. Picking it from the neck, he makes a smooth cut, much like a surgeon, at specific places, tearing its carotid artery and windpipe. He then waits for the blood to flow out of its body and throws away the carcass in the waste bin.

“I live by honest work. Every day 30-40 birds die because of excessive heat. Even when we are culling the poultry, we do it in a prescribed way. We bless the animal while killing it and also at the risk of losing our resources, we never serve what is not good. This work needs strong principles,” said Rahman.

Rahman also says that he feeds the poultry with water and food and has an intuitive connection with each of these animals. “Slaughtering needs emotions as well. We are in tune with the breath of the animal, its suffering, its pain. We are involved in the process,” he said.

“Halal does not make meat impure”

For Rahman, slaughtering is not simply a profession. The practice of slaughtering is intermingled with the fundamental tenets of his religion. Every part of the process is in accordance with the Islamic law, as prescribed by the Holy Quran.

Rahman clears his voice, in composure he settles back on the chair. He narrates the ancient folktale of Prophet Abraham dreaming of Allah who asked him to sacrifice what he loved the most. The legend says that as Abraham was about to sacrifice his son Isaac, an angel appeared and prevented the killing by providing a lamb to be sacrificed instead. The act was a testimony of Abraham’s unconditional love for God and hence the day came to be celebrated as Eid-al-Fitr across the world. It is a day of making sacrifices to the God.

Rahman says that slaughtering poultry or any other animal is an extension of the same values he has grown up with. Before making the cut, he says, they make a prayer to the almighty, thanking him for his greatness and seeking blessings for the dead animal.

“We say Bismillah Allahu Akbar, which means simply one is thanking God. What is wrong in thanking God. Does it makes the meat impure? We are not doing anything that is fundamentally wrong,” said Rahman.

Rahman goes on to explain the concept of ‘halal’ versus the ‘haram’. He says that anything that is forbidden by the Islamic law is haram, which can’t be consumed.  “Blood is haram. We are not meant to consume it. It explains the method we apply for slaughtering. In halal meat, the blood is completely drained out of the animal’s body,” he explains.

As per the Halal Food Authority, animals must be alive at the time of slaughter since the carrion is forbidden. The jugular vein, carotid artery and windpipe have to be severed by a razor sharp knife by a single swipe of hand. This is done to cause very little suffering to the animal. However, some animal protection agencies claim that the time duration between the cut made and the complete draining of the blood causes animal to suffer as it loses its consciousness slowly.

Rahman leans forward, widens his eyes and says, “All these big hotels and restaurants prefer halal meat because they know it is more healthy. Blood contains toxins in large quantities. When the blood is made to drain out, it takes the toxins away. In other procedures, they make a blunt cut that causes instant clotting. The blood along with the toxins remains inside.”

Stunning- a point of conflict

Stunning is the process of rendering animals – usually, much larger animals – immobile or unconscious immediately prior to slaughtering them for food.

Under the Prevention of Cruelty to Animals (PCA) Act 1960, the slaughterers must prevent the infliction of unnecessary pain or suffering on animals. According to the Animal Welfare Board of India, no animal must be slaughtered when pregnant and in sight of other animals. Experts claim killing an animal in front of other animals can inflict fear and distress among other animals.

The Royalty Society for the Prevention of Cruelty to Animals in Europe prescribes electrical stunning, captive bolt stunning (blow to the animal’s head with force) and causing suffocation through gas. These practices render animals unconscious before being bled out at slaughter.

While some Muslim butcherers use stunning, others don’t. The practice comes in direct conflict with the Halal meat principle, for which the animal to be slaughtered must be alive at the time of slaughter.

Reacting to the recent Halal-Jhataka meat controversy, Rahman says that the governments are always in a state of transition. These governments, he says, come and go. Common people like himself must keep on doing what they do to sustain our families.

Rahman sells around 200 to 300 Kgs of chicken a day, largely to eateries such as hotels, cafes and restaurants. Thanks to his permanent clients, his income remains decent, he says. But if things get worse, he would have to leave the business, he says. “One day we have to leave the world: this is just a business,” an emotional Rahman said.

With a grim face, Rahman said, “It is sad to see Bangalore losing its identity in the midst of this political drama.” 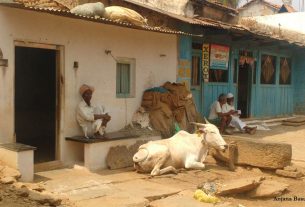 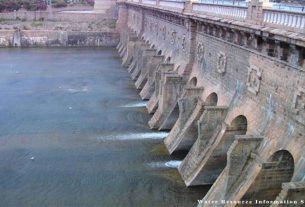 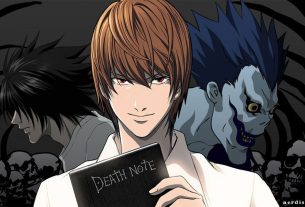